The agencies monitoring renewable energies performances record a 0,25-0,30 on the average ratio between the energy harvested and the rated power of the turbine multiplied by the working time. And în urban windy environments this ratio can be much lower!

The problem is the technological distance between machine (the turbine), expecting a regular flow, and Nature offering instead a variable flow where the machine is continuously switched on and off, with a poor level of production.

To increase energy production and to consider renewable sources an effective alternative to the carbon energy supply system, the machine needs to adapt to Nature and not the way around.

Windcity partner patented and prototypes a “passive variable geometry” PVG turbine or in other words turbines self-adapting to Nature in real-time. Three degrees of freedom arise spontaneously during the movement of any blade: rotation, pitch and diameter – thus the PVG blade interacts with the forces of Nature and self-regulates them to maximize energy production. 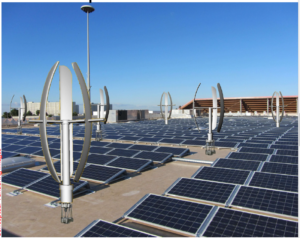 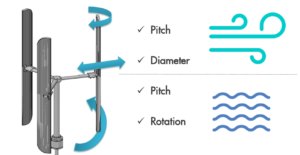 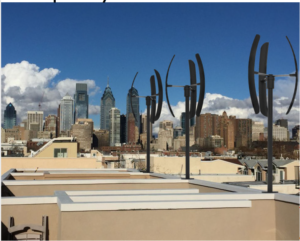