The City of Lizzanello, in the province of Lecce, is a small town with about 12,000 inhabitants. Located in the nearest of Lecce, the city is watching very carefully to the Energy Efficiency issues, and it has recently taken part in the DAREED EU project.

Considerable attention is giving to energy savings intending to optimise the economic resources and have clean energy. In this regard, alternative energy systems (solar panels) were installed on some property owned by the city.

The different climatic scenarios that characterise the municipal area make the participation in the project more interesting. Temperatures vary between close to zero in the winter months and around 40 degrees in the Summer with the inevitable consequences for energy consumption and production.

Built during the eighteen century, City hall is the headquarters of the Municipality, providing workspace for around 20 employees. The total consumption varies around 20KW. The City hall has a 6kW photovoltaic system with 30 “grid-connected” panels and a surface of 44,82 square meters.

The school represents a typical Italian construction built during the building boom of the seventies. Occupied by around 200 people every day including 24 teachers, two members of the staff and around 180 students, the building of the Primary School “E. De Amicis “, consists of two homogeneous independent parts:

– Classrooms and offices (It include 19 classrooms, an office for the teachers and a multiuse room);

On the part dedicated to classrooms and offices has recently been implemented interventions for the improvement of environmental sustainability.

As part of these interventions, a 19.50 kW photovoltaic system of polycrystalline silicon panels havs been installed. The photovoltaic system consists of 78 modules of 250Wp distributed on two fields, each comprising of three strings, for a total plant area of 124.80 square meters. In addition, a solar thermal panel with the natural circulation of 2.61sqm and a 200lt storage tank for heating and domestic hot water production has been installed.

Technologies to be validated 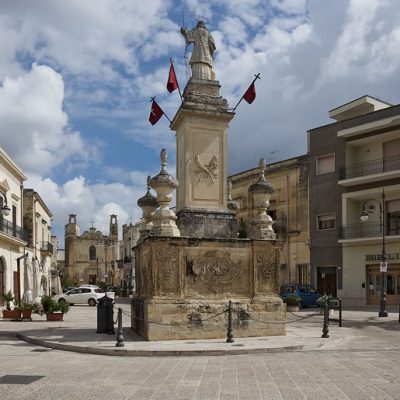